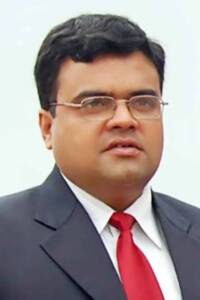 Dr Sharma is presently posted in the city as Divisional Commissioner, Previously he was acting as Commissioner (Field) Narmada Valley Development Authority.

Earlier, he was posted in the city as Commissioner of Commercial Tax Department and SGST and initially Collector Chhindwara.

Dr Sharma introduced the use of IT in Revenue Courts, wherein the parties were informed through SMS about the cases hearing. He is an authoritiy on environment issues also.

Back to home page